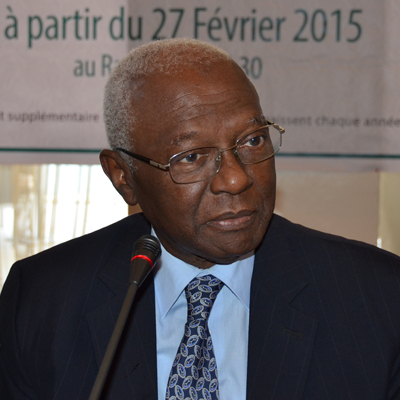 Honorary President of the African Development Bank since 1996, Mr. Babacar Ndiaye is also a member of the group of former officials and heads of African states.

A graduate of the “Ecole Supérieure de Commerce de Toulouse” in 1961, the Institute of Political Studies "Sciences Po" in Paris and the Banking and Financial Studies Centre of Paris in 1964 and holds the state diploma Expertise accountant in Paris in 1966.

Mr. Ndiaye accounts 42 years of professional experience of the highest level in the field of finance and economy.


Thirty of those years were in the African Development Bank where he served as head of Finance department, Vice President of Finance and was elected President in 1985.

He chairs the high financial institution for two terms from 1985 to 1995 before leaving and starting a career in institutional international organizations (African Union, Global Coalition for Africa) and UN agencies such as UNDP.

Mr. Ndiaye is today, a member of several boards, consultant in public and private investment, and mobile and Plenipotentiary Ambassador of Senegal.