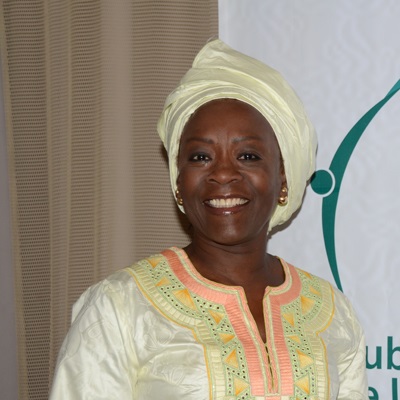 From January 2012 to September 2014 general secretary at BCEAO headquaters has this title
Coordinates the smooth functioning of the BCEAO structures in the eight Member States of the West African and Paris ;
Prepare and organize the meetings of the Executive Committee and the Government of the Central Bank of West African States as well as instances of the WAMU ( West African Monetary Union ) ;
Supervise the Activities of related departments , namely the Directorate of Legal Affairs , the Directorate of Accounting and General Services Department.
From January 2009 to January 2012, National Director of the BCEAO Senegal
- Coordinates And controls the activities of the BCEAO agencies - in Senegal
Provides The implementation of monetary policy and the issuance and supply of banknotes and coins in the national territory ;
- Participates Actively monitoring the economic and financial programs concluded by the Republic of Senegal with international financial partners;


- Supervise Credit institutions and ensures the management and oversight of payment systems on the territory of the Republic of Senegal ;
From 1998 to 2004 , Director , Head of Mission for the Reform of Systems and Means of Payment. Then from April 2004 to December 2008; director of Payment Systems ;
1996-1998 , Deputy Director of Financial Operations ,
1991-1996 , Head of the Banking Regulation Service in the Credit Department at BCEAO headquarters
1980-1991 , Senior Economist In Banking Service and Financial Institutions at The Directorate of Credit to the BCEAO headquarters in charge of Monitoring the financial situation of the financial Banks AND ESTABLISHMENTS of WAMU.
Diplomas and certificates
1986 Certificate of Monetary and Financial Analysis Program at the Centre Africain d'Etudes Money (CAEM)
1983 3 months internship in the Department of Economic Research and Credit at the Bank of France
1980: ( COFEB ) -Dakar Graduate Diploma Banking (1980)
1978 Cheikh Anta Diop University - Dakar Master Es Economics
1974: Baccalaureate Series B ( with honors )